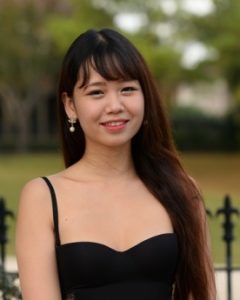 Master of Fine Arts in Fiction from Columbia University, USA; Lecturer at the School of Humanities and Languages, Tan Tao University.

Hai Anh received an honorary BA from the Southern Oregon University, and a M.F.A. in Fiction from the Columbia University, an Ivy League University in the United States. She has been highly regarded by the American writing community as a talented young novelist with a numerous works such as: Letum, The Ones We Keep, Maybe, Banana Tree, Stolen things…. Her first novel, “To Build a Shipwreck”, wonthe first prize in the Writers’ Workshop of Asheville Literary Fiction contest. She was also a recipient of the Michael Baughman Fiction Award and the Creative Writing Award from the Southern Oregon University.